Sharks are a natural part of healthy oceanic and estuarine environments. When people enter open water, they are entering the shark's domain.

The word 'shark' is used to describe a broad range of aquatic creatures, but not all sharks are dangerous to humans. Nearly all shark bites in coastal waters are attributed to just three species: White Sharks (also known as Great White Sharks and White Pointers), Bull Sharks and Tiger Sharks. 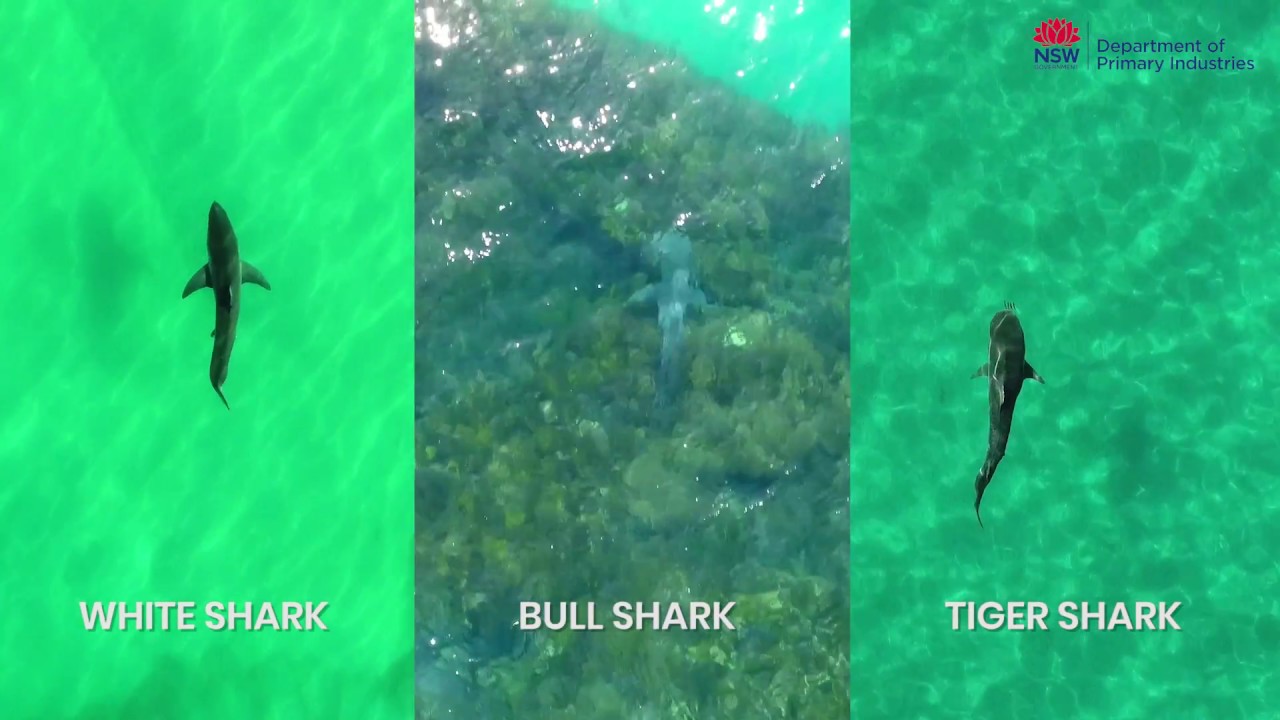 Here are the most common questions we receive on White Sharks:

White Sharks are found near shore along most of the world's temperate coastlines but are relatively scarce compared to most other widely distributed shark species. In Australia, White Sharks have been recorded from central Queensland, around the southern coast to North West Cape, Western Australia, but are more common in the south.

White Shark movements show a pattern of long distance travel in between spending short periods of time at favoured locations. There is no such thing as a resident White Shark.

Check out the tagging and tracking page to see where DPI-tagged White Sharks have travelled.

Our CSIRO colleagues have developed a world-first genetic analysis technique to estimate adult White Shark numbers for both the eastern Australasian and southern-western White Shark populations.

Read more about this breakthrough research.

The biology of White Sharks means their populations are vulnerable and slow to recover once depleted.

White Sharks are slow growing and reproduce around 16 years of age when they are approximately 5 metres in length. From what we know, females give birth to around 10 sharks, known as pups, and they don’t reproduce every year.

White, Bull and Tiger Sharks are referred to as ‘target sharks’ as they are the three sharks that are most frequently involved in serious shark bites in NSW and are the focus of the NSW Government’s tagging and tracking and shark mitigation programs.

Diet: Bull Sharks will eat almost anything including fish, other sharks and rays, turtles, birds, molluscs, crustaceans and dolphins.

Range: The Bull Shark is found along coastlines in tropical and subtropical oceans, which in Australia occurs from the central NSW coast, across the northern coast to Perth, Western Australia. It is the only widely distributed shark that penetrates far into fresh water for extended periods where it sometimes breeds.

Diet: The diet of young Great Whites (under about 3.5 metres) is mainly a variety of fish, rays and other sharks. Larger adults eat larger prey including marine mammals, such as sea lions, seals and small-toothed whales. They also eat dead animals floating in the water.

Size: The biggest recorded specimen was 7 metres long and 3,200kg.

Range: White Sharks are found near shore along most of the world's temperate coastlines but are relatively scarce compared to most other widely distributed shark species. In Australia, White Sharks have been recorded from central Queensland, around the southern coast to North West Cape, Western Australia; however, are more common in the south.

Diet: It is one of the few sharks that is a true opportunistic scavenger, taking a wide range of prey including fish, turtles, crabs, clams, mammals, sea birds, reptiles, other sharks and just about anything else they can catch alive, as well as a variety of inanimate flotsam items.

Size: It can grow to around 6 metres but on average are about 3 metres.

Range: Tiger Sharks are found worldwide in warm tropical and subtropical seas where they inhabit both shorelines and open waters. They occur across northern Australia and as far south southern NSW and Perth in Western Australia.

Other sharks of NSW inshore waters

Diet: They prey on squid and bottom-dwelling fish and also feed on schooling fish such as salmon.

Range: Bronze Whalers inhabit many temperate seas and oceans around the world. They are often seen close inshore feeding on schooling fish such as salmon, but are also found near deep water. The Bronze Whaler occurs throughout southern Australia from Jurien Bay (WA) to about Coffs Harbour, NSW.

Diet: They shelter in caves or gutters during the day and emerge to feed at night on bony fishes such as mackerels, other sharks and rays, squids, crabs and lobsters.

Size: Greynurse Sharks can grow to at least 3.2 metres in length.

Range: They are a large shark native to subtropical to cool temperate waters in the Mediterranean Sea and the Atlantic, Indian and western Pacific Oceans. Once widely distributed, they are now mainly restricted to Australia and the east coasts of the USA, Uruguay, Argentina and South Africa. In Australia, there is an east coast and a west coast population. The east coast population is found predominantly in inshore coastal waters along the coast of NSW and southern Queensland. There are a number of key habitat sites along the coast of NSW and southern Queensland where they are regularly found in groups. These sites generally have sandy-bottomed gutters or rocky caves and are in the vicinity of inshore rocky reefs or islands.

Diet: A migratory predator with a good sense of smell, it eats fish, squid, octopus, crustaceans and, in particular, stingrays.

Size: Hammerheads range from under 1 metre, up to the Great Hammerhead (Sphyrna mokarran) averaging 3.5 metres, but with a largest reported size of 6 metres and 450kg.

Range: In Australia, Smooth Hammerheads occur south from Coffs Harbour to around Jurien Bay, Western Australia, and are the most common of the hammerheads in NSW. Females are thought to give birth in nearshore waters of the NSW coast between January and March, when they are often observed in large schools swimming just outside the surf zone of NSW beaches.
The Scalloped Hammerhead is recorded throughout the north from Sydney NSW to Geographe Bay in Western Australia. The Great Hammerhead prefers tropical and warm temperate seas and occurs north from Sydney NSW to the Abrolhos Islands off Western Australia.

Scientific name: Shortfin Mako is known as Isurus oxyrinchus and its longfin cousin is the Isurus paucus.

Range: Shortfin Mako are found in offshore temperate and tropical waters to depths of 150 metres. It occurs along the entire NSW coast and is widespread in most of Australia's coastal shelf and ocean waters.

Alternative names: The name is believed to be of Aboriginal origin meaning 'shaggy beard' after skin flaps around the mouth.

Size: The largest species, the Spotted Wobbegong, can grow to 3.2 metres in length, although it seldom exceeds 160cm in NSW.